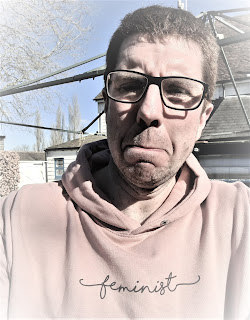 I'm a man.  I'm also a feminist.  Or an ally.  Whatever you prefer to call me.  Well... whatever women prefer to call me.   Generally, the only men who say "there's no such thing as a male feminist" are the kind of men who are definitely neither feminists nor allies.  But if a woman wants to refer to me as an ally rather than a feminist, then go for it.  Labels aren't that important to me. To talk about feminism if you're a man is dangerous, and generally for good reason.  Women have strong, powerful voices and are perfectly capable of telling their own story; I would never attempt to tell a woman about feminism.   So here, I'm writing this for men.  We all have our own window onto life, and I have striven to avoid describing things from anyone else's point of view, but have shared experiences and evidence from conversations I've had.  Of course, you're welcome to read this if you're a woman, but please don't judge me for telling
Read more
More posts