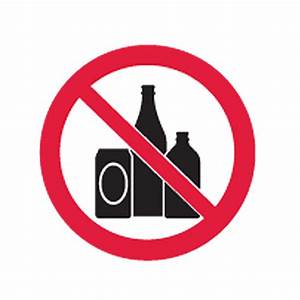 It's now been just over a year since I quietly stopped drinking alcohol.  I'm not the first person to stop drinking, and I won't be the last, but making the decision not to drink alcohol has given me some insights into alcohol, and how people view it - and how people view those who don't drink it.

Before I stopped drinking, I didn't drink that much anyway to be honest.  I certainly wasn't someone who drank much in latter years.  Back in my University days I could put away a whole bottle of Baileys, a fair amount of vodka and still not have a hangover the following day.  It was one of the few benefits of youth.  In fact it wasn't until my twenties that all those years of vodka started to catch up with me, and I started to feel what a real hangover could be like.  I started to get home at night and lie in bed watching the room spin around me, close my eyes to make it stop only for the spin speed to increase.  I just knew then that I'd regret it in the morning.

The worst hangover I ever had was after a work Christmas party a few years ago.  We had planned to get the last train home at 11pm, but actually ended up in a cab home at 4am.  I remember my frustration that I couldn't work any of the apps on my phone in the cab on the way home because the little icons were moving around.  I was too drunk to realise just how bad the following day was going to be.  It wasn't great.

Mind you, I heard later that one of my team from work got confused on the way home and started to undress in the cab on the way home, thinking it was his bedroom.  So at least I wasn't the only one.

But those days were far behind me; it wasn't a fear of hangovers which finally pushed me into being teetotal.

In recent years, I used to drink infrequently.  I'd sometimes have a glass of wine if we had friends over for dinner, but the last time I drank a lot was at our annual garden party in the summer of 2017.  There are no stories associated with that one, I just drank a lot - pints of champagne, shots of Fireball.  I didn't even have much a hangover the following morning.  As the summer of 2017 went on, my drinking slowed down, and I'd sometimes have a glass of wine here and there, but rarely.

And so, without fanfare, in September 2018 I decided I'd stop drinking alcohol completely.  Thanks to the social anxiety I've alluded to in other places, my social calendar isn't particularly full anymore, but there was a wedding we were scheduled to go to in September 2017 and it would be my first social event since being teetotal.

Now, we had driven to the wedding anyway, and it was quite often the case that I'd be happy not to drink and to do the driving home after events anyway.  I wasn't wedded to the idea of always drinking.  But this was the first time I wasn't avoiding alcohol simply because I was driving, but because I was just not drinking anymore.  Of course, when anyone offered me alcohol, I'd say I wouldn't drink because I was driving, and no more questions were asked.

And one thing I've learned over the past year is that people do ask questions when you say you don't drink.  Before I stopped drinking, I met a few people who don't drink alcohol and I must admit I was always curious as to their reasons.  It's none of my business really, but until I was on the abstinent side of the fence, I regarded it as a choice so counter to social norms that I was curious.  And yet as soon as it was my decision, I came to guard my decision closely, and become almost resentful of anyone asking me about it.  The number of people with whom I'm actually discussed my reasons for stopping drinking is very small.  I could name every person who knows my real reasons, and count them on the fingers of one hand.  And that brings me onto the second observation when you stop drinking - everyone seems to think they know why you've stopped.

I'm not religious, and most people who know me would know that, and so in the absence of that, people presume that my reason for not drinking is to avoid the calories in order to help me lose weight.  People don't tend to ask if this if this is the reason; they just talk as though it is the reason without question.  Don't get me wrong, there are a lot of calories in alcoholic drinks, but that's not the reason I stopped, despite all the assumptions.

As I mentioned earlier, my social diary is emptier than it's ever been but whenever I go along to something and sip lemonade or water, and turn down offers of alcohol,  the language people use around alcohol is interesting.  People will see "oh, aren't you being good?" when I say that I'm not drinking that day.  There's a tacit assumption in the language that alcohol is bad, and whilst it undoubtedly can be bad, I found the value judgement place on not drinking interesting.

But that's not the most common thing people say when I decline an alcoholic drink.  No.  The most common thing is persuasion.  People will say "go on, you can have a small one".  I've even had people suggesting that I'm being rude and anti-social by not joining in with the drinking.    I'm not sure the same people who try to persuade a vegetarian to just "have a small steak. A small one won't hurt you, will it?"...

And so despite the attempts at persuasion and the considerable social pressure, I've got through this year without drinking.  Well I had two sips of wine at our local vineyard to try some new wines they made, but that's all I've had in terms of alcohol in the past year.

It's interesting to watch other people drinking when you remain sober.  Within a group who are all drinking at the same rate, the dynamic changes across the group and nobody really notices how drunk people are becoming.  When you're the sober one, watching everyone around you slowly talking more and more rubbish, becoming more self-obsessed and dropping their inhibitions it can be quite intimidating.   People slouch in their seats, talk more loudly and start to make jokes which really aren't funny.  They even do it after one or two drinks;  I guess I just never noticed when I was doing it too.

But I've not enjoyed myself any less this year for being sober.  We had our annual garden party again this year, and I drank Pepsi Max and elderflower cordial through until the early hours of the morning without too many people noticing that I wasn't drinking the elderflower wine we had on offer.  I didn't feel any further away from the action.  I wasn't any less keen to sing and play piano as the evening went on, although I must admit I was apprehensive beforehand about getting through such a large social event without alcohol.

And what does the future hold.  Well, it's now been a year, and I don't see any return to drinking any time soon.  I am still happy to sip at new wines from our local vineyard and to have sauces and desserts with alcohol in.  There's no religious or moral objection to alcohol meaning that I have to carefully check the ingredients on a box of chocolate to see if there's real booze in them.  I will just politely turn down a glass of wine with dinner, and happily guard a lime and soda among a group of friends drinking beer.  So forgive me if I don't join in with buying round after round when one - pretty cheap - drink will last me two or three hours...

But maybe one day I will have that glass of wine.  Maybe one day I'll decide I just fancy a glass of vintage champagne with a drop of Chambord in and a few crushed fresh raspberries in the bottom of the glass.  And if I do, there'll be no fanfare; I'll just do it.

But for now, and for the foreseeable future, that won't be happening.  I'm alcohol-free and happy to be that way for a long time yet.