Showing posts from November, 2016
Show All

The Trouble With Toilets 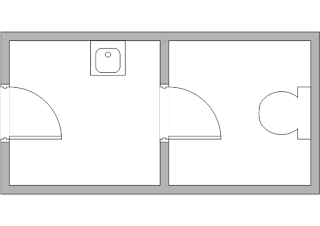 I have no idea how many times I've been to the toilet in my life.  But I'm going to suggest it's probably upwards of one hundred thousand times.  And yet it's something we never talk about.  When you watch TV or films, how often does a character say "I'm just popping to the loo", unless it's in order to remove them from the scene for dramatic purposes? And yet we all do it.  Even though I have no direct evidence, I'm pretty sure that even The Queen uses a toilet. But so shrouded by societal secrecy is the whole process of going to the toilet that the insides of toilets can remain something of a mystery.  I was was astonished, for instance, to discover that an adult female friend of mind had never seen a urinal.  Logic says to me "but why would she have seen one?" but the idea that something I've used pretty much every day of my life since a very young age would be such a mysterious object to someone else fascinated me. In one of
Read more
More posts