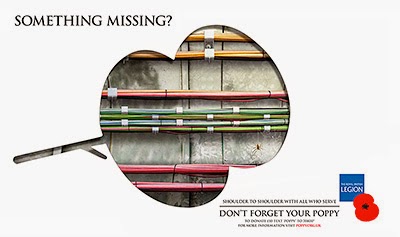 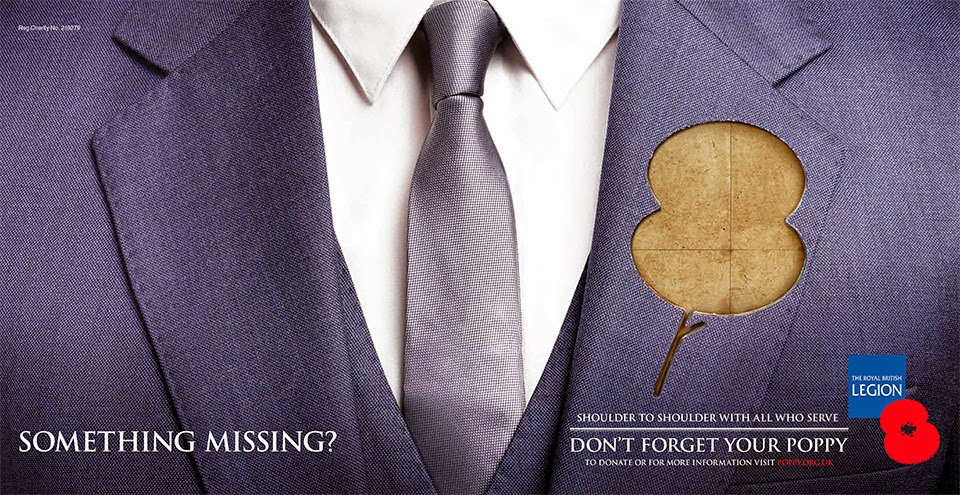 A couple of years ago, these adverts started to appear around the place for the annual poppy appeal. The idea is that they make you feel something in response to not wearing a poppy.  "How would you feel if you weren't the one wearing a poppy?".

I resent the assumption that everyone wishes to advertise their charitable donations by wearing a visible symbol.  You simply can't assume that everyone who isn't wearing a poppy hasn't made a donation.

Wearing a poppy has become too empowered over the years.  No longer is it "something that some people wearing around this time of the year" but it's turned into a obligation. You do (genuinely) gets looks and stares and sometimes even get asked about it if you approach 11th November without wearing a poppy on your lapel.

Some people choose to make charitable donations and some don't.  But not everyone decides to advertise their favoured cause with an outward symbol.  If somebody wants to, then that's absolutely fine, but I think it's unfair to judge people for not wearing a charity symbol visibly.  It's fallacy to assume that lack of symbol means lack of donation, or worse - that it means lack of sympathy for the cause.

Personally, I consider charity a private thing.  I may or may not make donations to any particular cause - or to none at all.  But just because I don't choose to pin my donation to my lapel, please don't make any assumptions about which cause I do or don't support.

I may have donated to the annual poppy appeal, or I may not - but I don't see why I need to broadcast the fact to anyone either way.